Yesterday, I quoted Daniel P. Bolger, a retired Lieutenant-General, who has just written a book on the two major conflicts of the first decade of this century. The book’s title is “Why We Lost.”

I haven’t read the book yet. It only came out on Veterans Day. I’ve requested it from our local library and will write a review when it becomes available.

Meanwhile, I would like to add a dimension that I doubt the retired Lt-General includes in his book. It’s a lesson from ancient Israel.

Deuteronomy chapter 28 is often called the Blessings and Cursings chapter. In it, God promises Israel all kinds of blessings that will come upon the nation if it chooses to obey God. Then, He lists all the bad things that will befall them if they disobey God.

This chapter is applicable to us today. Not just in the United States, but in the UK, Canada, Australia and other western nations. One example lies in the widespread rejection of the traditional biblical family that began in the sixties. The consequences are now upon us and seem to worsen by the day. Nations cannot disobey God without negative repercussions.

The chapter specifically mentions war, with a promise of easy victory if Israel obeys. “The Lord will cause your enemies who rise against you to be defeated before your face; they shall come out against you one way and flee before you seven ways” (verse 7). I can still remember a time when Americans could boast that they had never lost a war. At a time in the country’s history when religious convictions were far greater, victory was assured. This all changed after World War Two.

Note what the same chapter says about disobedience. “The Lord will cause you to be defeated before your enemies; you shall go out one way against them and flee seven ways before them; and you shall become troublesome to all the kingdoms of the earth” (verse 25).   Add to those words the following: “The Lord will send on you cursing, confusion, and rebuke in all that you set your hand to do, until you are destroyed and until you perish quickly, because of the wickedness of your doings in which you have forsaken Me” (v.20).

It’s distressing to think about it but this is precisely what is happening. We did not win the wars in Iraq and Afghanistan and we are not winning against ISIS now.

There clearly is a spiritual element here.

Part of the problem is that there is confusion over who the enemy is. Our ancestors believed Islam was a pagan religion. There were no Muslims in the United States before the American Civil War.  Our generation embraces Islam as an equally valid faith. This change in thinking is a direct result of the rejection of a fundamental truth of Christianity, that salvation is only possible through Jesus Christ. “Nor is there salvation in any other, for there is no other name under heaven given among men by which we must be saved” (Acts 4:12).

But this confusion means that we fight wars half-heartedly. How far would we have got in World War Two if we had thought that fascism was an equally valid way of life? Or, later, that communism really did offer a utopia?

According to the BBC this morning, the UK is going to fast-track legislation to strip terrorists of citizenship. This was announced as a tough response. In contrast, Denmark is going to try rehabilitation of terrorists who return from fighting with ISIS. Rehabilitation?!? Are they seriously expecting people who beheaded men and raped women to commit to doing good works with the Salvation Army?

Such weak responses are not likely to win this conflict. How will we react when ISIS reaches our own shores?

We haven’t even got the sense to reverse the liberal reforms of the last fifty years, changes that led directly to recruiting for ISIS. Second generation Muslims cannot reconcile the permissiveness of our society with Islam, which means “submission.”

It should be remembered that both ancient Israel and ancient Judah fell to enemy nations as a direct consequence of their disobedience. Our national sins are an abomination to God – could we go the same way as Israel and Judah? 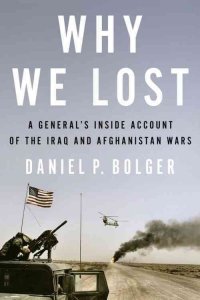 The paragraph below appeared in an article by the retired Lt. General in the New York Times, on Veterans Day.

“As a senior commander in Iraq and Afghanistan, I lost 80 soldiers.  Despite their sacrifices, and those of thousands more, all we have to show for it are two failed wars.  This fact eats at me every day, and Veterans Day is tougher than most.”