Today, July 1st, Croatia became the newest member of the EU.  Membership talks continue with Montenegro, set to become member number 29.  Talks with Serbia are scheduled to begin next year, bringing the total to 30.  Others may follow.

At a time when the EU’s continuing fiscal problems continue to make headlines, it must seem strange that countries are lining up to become members.   Clearly, the perception over there on the continent of Europe is different to what it is here in the United States.

“Enlargement has been the EU’s most successful policy, bar none.  The hope of membership was crucial in fostering and smoothing the transition to democracy, first in Greece, Spain and Portugal and later across large parts of eastern Europe.  The lure of joining the rich democrats’ club led countries into social and constitutional reform and persuaded them to free statist economies.  The results benefited not just new members, but existing ones, too.”  (“Keeping up with the Croats,” The Economist, June 29th)

Thanks to Edward Snowden, anger and hurt feelings are running high in Europe.  Can western European allies restore trust in the leader of the free world?   It remains to be seen. 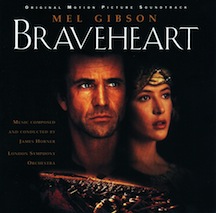 The movie certainly stirred up passions, especially for present day Scots and those in the Scottish diaspora.

But the movie made it to the top of the list of the ten most inaccurate movies ever made.  According to the list there were 87 historical inaccuracies in the movie.

Now, I have to admit I did not watch it a second time to check off the long list of inaccuracies.  I remember coming out of the theater with my wife in 1995, saying they got at least three things wrong – I obviously missed the other 84.

But, inaccuracies aside, “Braveheart” stirred up the passions of nationalist Scots who are disillusioned with their political and economic ties to the rest of the United Kingdom.  A referendum is to be held in September, 2014, to vote on breaking away.  The referendum is timed for just after the 700th anniversary of the Battle of Banockburn in June 1314, a battle won by Scots against an invading English army.  No doubt passions stirred by commemorative events will make a “yes” vote more likely.

Added to which, the voting age has been dropped to 16, which will also help the “yes” vote, as young people tend to be more emotional and less inclined to vote with their pocket books, as they may not have any money!

And, if the vote is “yes”, money will be Scotland’s biggest problem.

Not only does Scotland rely on London for 10% of its revenue, it shares a common currency in the British pound.

After independence, the Scots will have to renegotiate membership of the European Union, something which Westminster has already promised for the UK as a whole.  It is quite possible that Scotland could remain in the EU while England and the rest withdraw!

Scotland would likely need financial assistance from Brussels during a time of transition and would have to join the Euro as all new members are required to do.

It doesn’t end there.

The relatively minor details will also be challenging.

If Scotland leaves the UK, it will no longer receive BBC programming.  The BBC is financed by a license fee, which all households with televisions must pay.  With the money from that fee the BBC has made some outstanding programs over the years (as well as a lot of rubbish!).  Scottish television viewers could not possibly afford television of that quality themselves as their population is only 5.3 million, less than 10% of the total UK population.  That’s just one example of how life would change!

It’s not just the makers of “Braveheart” who were ignorant of history – most people are generally.  Forgotten in the emotion of the moment will be the history of the last few centuries.  Constant friction existed between England and Scotland for centuries, with Scotland often aided by continental powers, particularly France.  England had the same problem to the west, with Ireland.  A separate Scotland could eventually lead to a resurgence of those same security concerns, particularly if Scotland joins the EU while England withdraws.  It was only after the Scots and the English became one unitary kingdom that the whole island was secure.  The struggle to unite the two kingdoms took a long time – it was over a century from James VI of Scotland becoming James I of England in 1603 and the Act of Union in 1707.

The Scottish parliament voted itself out of existence in 1707 throwing its lot in with England, partly so that Scots could benefit from the English (then British) Empire, especially in trade.  One influencing factor was that Scotland was almost bankrupt following the financially disastrous Darien Scheme.  But the Union certainly benefitted both the Scots and the English – Scots contributed disproportionately to the British Empire militarily.

With the empire gone, the benefits of remaining in the UK may not be so evident but England is richer and helps subsidize government expenditure in Scotland.  That would end with the dismantling of the UK.

Sadly, many in England would be glad to see Scotland go, as it would save the tax-payers money.  This, however, would be very short-sighted.  Again, it shows a woeful ignorance of history.

Hopefully, there will be more debate before the final decision is made.  But that debate will need to have more historical basis for people to make an educated and responsible vote.  A strong united island of Great Britain (the name for the union of the two countries; the United Kingdom is the union of Great Britain and Northern Ireland) has been of historical benefit to Europe.  The British have often had to stand up to a powerful European despot trying to conquer the continent.  A divided island will be weak and at the mercy of any future more powerful European neighbors.