On Sunday, in a British television interview, President Trump described the EU’s trading policies as “unfair” to the US and threatened increased tariffs on imports from the 27-member nation trading club.

The US president, Donald Trump, claimed in an interview with ITV broadcast on Sunday that the EU had been “very unfair” on American exporters, and that it would “morph into something very big” that would “turn out to be very much to [the EU’s] detriment.”

Washington is currently examining the case for protecting US economic interests on national security grounds, including the imposition of import tariffs on aluminum and steel.

Responding to Trump’s comments, a spokesman for the European commission told reporters in Brussels that the EU was ready to hit back if its importers were made to suffer.

The spokesman said:   “For us trade policy is not a zero sum game.  It is not about winners and losers.  We here in the European Union believe that trade can and should be win-win.

“We also believe that while trade has to be open and fair it also has to be rules-based.  The European Union stands ready to react swiftly and appropriately in case our exports are affected by any restrictive trade measures by the United States.”

(“Brussels prepared for trade war with US if it restricts EU imports,” Daniel Boffey, The Guardian, 29th January, 2018).

There is an assumption in the United States that America is the biggest trading power in the world and can dictate to others when it comes to trade.   This may not be the case.

“The adjusted GDP of the 28 EU member nations is bigger than both China and the US, the traditional list of world’s economic super powers.

“In nominal U.S. dollar terms, the European Union (plus Norway, Switzerland, Iceland) accounted for 25.4% of world output in 2014 according to data from the International Monetary Fund.  That was greater than America’s share (22.5%) and well in excess of China’s—13.4%,” said Quinlan.

These facts will have changed in the 2 ½ years since this was written. When the United Kingdom leaves the European Union next year, the figures will need to be further adjusted.   But the figures do convey that the US, the EU and China are each roughly on a par when it comes to the size of their economies.

What is not conveyed here is how powerful the European Union is through its trading agreements.   Whereas the US has twenty major trading partners, the EU has eighty.   These countries will all likely side with Brussels if a trade war worsens.

Nobody is likely to benefit from a trade war.   The latest tariffs the US imposed on Chinese washing machines, for example, will increase the cost of purchasing a washing machine in the US.   This will apply to thousands of products as tariffs are increased by all three economic powers.

There’s a lesson from history here.  The Smoot-Hawley Act, passed by Congress in 1930, raised tariffs on over 20,000 items imported from other countries.   One side effect was that US trade decreased by over 50% increasing unemployment.   This period became known as the Great Depression.

The first shots have been fired in a new trade war.   It’s not likely that the US will come out ahead here, certainly not in the long term.   Putting “America First” will mean the rest of the world coming together in a renewed commitment to globalization, leading to the new global economic system predicted in Revelation 18.

Note the following just after Angela Merkel’s speech to the World Economic Forum in Davos:

“German Chancellor Angela Merkel insisted on Wednesday “protectionism is not the answer” to world problems, addressing the Davos economic summit before US President Donald Trump appears to defend his “America First” agenda.

“We think that shutting ourselves off, isolating ourselves, will not lead us into a good future.   Protectionism is not the answer,” Merkel said in a speech in the Swiss resort.

She spoke a day before the arrival of the US president whose aggressive trade policies have raised concern among defenders of globalization.

“Let us not shut off from others, let us keep pace with the best in the world and let us canvas for this multilateral approach,” Merkel said.”

During a visit to Israel, German FM Sigmar Gabriel blasted those who oppose a Palestinian state, demanding a two-state approach to the Israeli-Palestinian conflict.

We went to see “Darkest Hour” recently.   Although not perfect, the movie is a fairly accurate attempt at showing what Winston Churchill was up against when he suddenly became Prime Minister in May, 1940.  Forgotten now is how close Britain came to being invaded by Hitler’s armies.   The future of the world depended on what was to follow – if the UK had fallen, other nations would have had to sue for peace on Hitler’s terms.   Those “other nations” included the United States, which was totally unprepared for war in 1940.

Britons like to say that they “stood alone” against Hitler.   Certainly, in Europe that was true.   But forgotten now is a simple fact:   at the time, Britain ruled a quarter of the world’s people.   All these nations fought with Britain.   Two and a half million Indians were in the British Army, plus hundreds of thousands of people from Africa and the Caribbean.   Additionally, the British dominions (Canada, Australia, New Zealand, South Africa and Southern Rhodesia) played a major role.

In the event of another threat to Britain, none of these countries will be likely to come to her aid.

Watching the movie, you can also see clearly the similarities with today.   Whereas, in 1940, Britain was faced with an enormous military threat from Germany, today it’s an economic threat – from the German dominated EU.   As the Brexit negotiations continue, the EU has the advantage, because the Brits are allowing them to.  There seems to be a lack of backbone in standing up to Brussels, Berlin and Paris.  The FT’s Philip Stephens today described the mess as “Britain’s nervous breakdown.”

Sadly, there is no Winston Churchill waiting in the wings!

Note the following headline from the British Daily Express newspaper following an incident were young leftists stormed the Churchill café, screaming that Churchill was a racist.   Nigel Farage is the man who led the Brexit campaign.   Churchill was an Empire-loyalist, an unforgiveable sin in today’s Britain!

“Nigel Farage TEARS APART ‘pig-ignorant’ lefty gang who terrorized Churchill café.  NIGEL FARAGE aimed a furious tirade in the direction of a group of protesters who burst into a Winston Churchill-themed cafe in London while chanting Britain’s wartime leader was a “racist.”

You will remember that Donald Trump reportedly described African countries as “****hole countries.”

At least two countries on the Dark Continent are capitalizing on this.

Namibia is promoting tourism with posters proclaiming that “Namibia is Africa’s Number One ****hole country.”

Namibia is not the only country to take advantage of Trump’s words.

According to the Wall Street Journal yesterday, “A Facebook page run by a marketing group promoting tourism in Zambia – famed for the Zambezi River that feeds the spectacular Victoria Falls – includes a slogan welcoming visitors to “****hole Zambia.”   “Where beautiful vistas and breathtaking wildlife are our Trump card!” says an accompanying post. 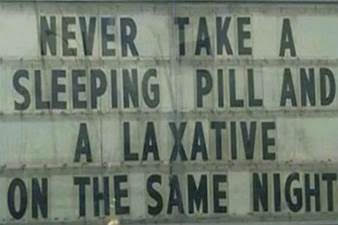 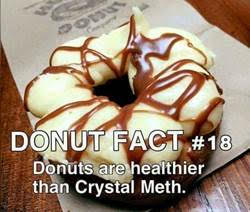